We wanted to play everything safe and opened registration from our web site silently. The main idea is to wait for 1–2 weeks, find some bugs, fix some problems, make sure that account registration really works and then do some announcements. It indeed went this way. For two weeks:

Then we announced Fibery 1.0 locally and got several hundreds new accounts, and were going to have a full public announcement at Dec 4 (since we found some performance and scalability issues with infrastructure). So far so good.

We were calmly sleeping, and got like 20K visits to Fibery web site, crashed production server due to out of memory and other funny things. Luckily, we were upgraded infrastructure really quickly and there was just a short 10 mins downtime.

The traffic was not super-targeted, since people mostly laughing out, but we’ve got about 2000 accounts in few days…

We created Fibery anxiety landing just for fun. In a modern B2B SaaS world marketing is serious and boring. We decided to honestly show all Fibery problems and limitations:

The main idea was invented by Lena Dorogenskaya, she wanted to show Fibery from different perspectives, that is why we created “Explain differently” button on a web site. Each time you click the button, a new explanation pops out. If you’re really persistent, you’ll get to the honest one.

However, it went viral by itself, and we had to redirect people to the serious landing page somehow, since almost all people landed into the funny one initially. Well, it is a good problem to solve anyway :)

Twitter exploded as well. Here are just some of the top:

This one is cool and explains why the fun is here:

In the end we got a lot of traffic, 2000 accounts, hundreds of Intercom communications and some valuable feedback already. Servers are doing good. However, we faced a problem. In fact we have enough accounts to check various metrics and improve getting started experience. So the question was “Should we announce Fibery 1.0 publicly, post it to PH and to other launch things?” or should we just shut up for a month, check metrics, improve getting started and get back to promotion in January? 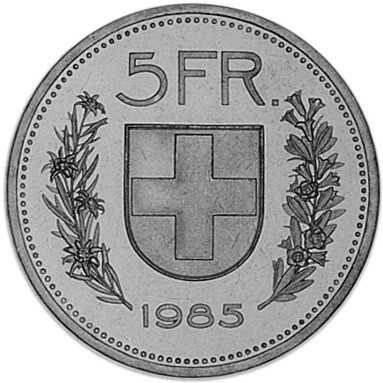 There were various opinions inside a team, so I decided to flip a coin. This coin, on the left, actually, since I was in Switzerland at this time.

Actually, the coin showed that we should release today. But somehow coin toss influenced my opinion and I decided to postpone the public announcements till mid January 2020.

We have enough accounts to validate initial ideas (and still having 100-200 new accounts every day). It is time to learn and optimize before a full blown release campaign.

Overall it is more positive, than I expected. There are not so many obvious bugs and, in general, people like Fibery.

Some people are having troubles with Fibery, but this is totally expected. We have to learn how to show Fibery value to the people and improve onboarding experience.

It is too early to see real traction, we have to wait for 2–3 weeks and see the real interest behind the hype. But overall, the team finally got some social approval and endorphins. 🤪

From product perspective November was quite boring. We were busy with accounts management, payments, sample apps creation, polishing and bug fixing. The only major thing is Whiteboard release. This is a View that allow you to create diagrams and link them with real entities (in future):

We also got some calls from VCs that wanted to invest into Notion, but found us instead. Conversations were nice, but I’m not sure we should raise now. The market is huge and the opportunity is there, so we have to accelerate. Can more money help with the acceleration? Maybe. We’ll see…

I don’t have a strong opinion at this very moment about significant seed round, but I do see that Fibery should work for large teams and companies much better than Notion or Coda.

It’s no longer possible to operate in comfy semi-stealth private-beta mode. In general we completed all the functionality for the public and collecting feedback to decide what to focus on next.

We do have main areas we want to focus on in nearest future anyway:

However exact initiatives will be nailed only after feedback and metrics crunching.

NONE. We were so busy nobody took a photo… Again…

The Bus Ticket Theory of Genius

The reason why professional programmers have been able to interact successfully with complex computer systems through primitive interfaces is largely that they, after several years of daily experience, have acquired a clear, fairly complete model of the system in their minds. The naive or casual programmer, however, does not have the opportunity or interest to accumulate this abstract knowledge. For such users we therefore need to present the model along with the interface, and this is probably best done via some graphical representation.