September was quite slow month, unfortunately. Many developers were sick or took small vacations, but it seems we are getting into speed now.

Initial feedback is positive (but we take it cautiously)

We had 13 demo sessions in September. Almost all feedback is very positive. It is always dangerous to make conclusions based on such early stage feedback. The one good sign might be something “I would like to play with your application to understand it better and provide more feedback”. And we hear that all the time. Here are some quotes:

I see this is a big innovation. It can be applied to every part of a company. Really good idea. Simple to customize. I see it as a white paper where you can throw things and create anything you want.

The solution is really interesting. It integrates many processes into a single tool and I like that. I’m sick of navigating several tools seeking for information and I start to get confused by many Trello accounts and other tools.

Real Fibery usage is not that promising so far for many reasons. First, in September we completely changed deployment and accounts creation process and it lead to several downtimes. There were quite many unexpected bugs, well, it is alpha version still. And usability is still not great.

However, we see this initial enthusiasm and are expecting more consistent usage patterns in private beta phase.

Fibery for education? Why not!

We want to have 100 Active accounts

By Active account we mean at least 1 user on a separate subdomain that uses Fibery at least 10 days every month.

We think 100 active accounts will bring about 500–1000 users and it will be enough to validate the concept and check Fibery value.

From time point of view it might take 2–6 months to get 100 active accounts. And only then we will open Beta for all.

Two developers spent the whole month on single-click accounts deployment and infrastructure optimization. With just 20 accounts on a moderate server we hit resources limitation. However, now everything is much better:

We are about 1–2 weeks away from automatic accounts deployment and this is something we should absolutely have prior private beta.

Navigation re-design is there, but not implemented yet

First feedback about navigation is not stark (and we feel that ourselves), so we are working on better and more consistent navigation. Currently left panel is quite chaotic and requires many clicks to do things. New version should be more consistent and easy to use:

Real-time collaborative Wiki is not an easy thing to do right. There are some weird bugs we are fixing painfully, so from the functional side progress was slow. We’ve implemented Comments and now work on Insert Entity functionality.

This is the final Wiki design with all components that should be ready till private beta:

We use Wiki quite intensively ourselves. So far it is rough, but works.

If you happen to have an access to Fibery and want to tune it for your needs, here is the guide to get it:

We brainstormed new name, since some people think that Fibery is something related to digestion. Well, there were two funny days. Here are some ideas from our internal communication:

Finally, we decided to not change the name. Haha.

October plans (enormous, 1/2 will be done, as usual) 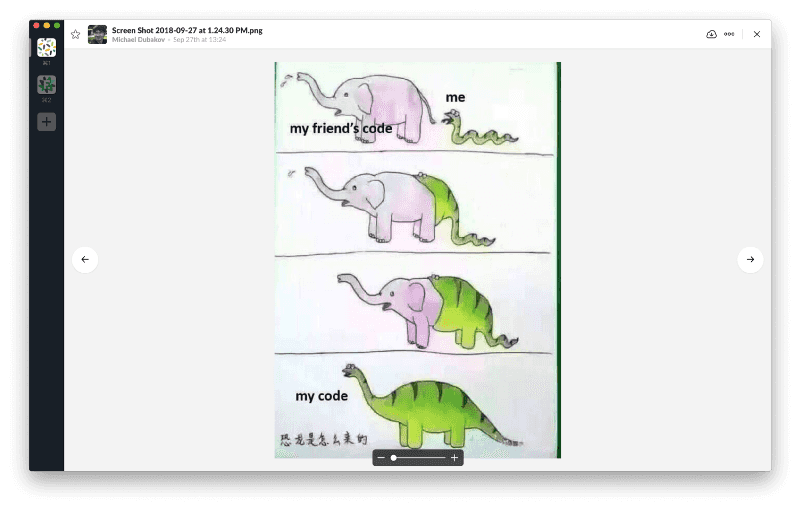 Notes on a Philosophy of Software Design