TLDR: We’ve provided access to Fibery to 100 accounts and collected some feedback.

In March we were busy with three things:

We’ve setup 95 accounts and got decent feedback from 35 accounts. Several of them use Fibery intensively in production. It is hard to generalize based on 35 accounts, but some trends are shaping up.

We clearly have two types of leads:

Here are some typical examples (there are quite many similar requests):

While early adopters find many bugs and ask for sane features, there are no major insights so far.

We know that Fibery lacks Import, Tables, Integrations, Notifications and Search. We were quite certain that these features are must have for a public release. And early feedback just confirmed that.

We feel that market opportunity is there. People tired of JIRA and are embracing very flexible tools with passion.

Overall we are on a right track

It seems that majority of early adopters can understand how Fibery work and try to solve their problems with Fibery. We were afraid that the concept might be hard to grasp. Most likely this is not the case.

First feedback is quite positive. Here are some examples:

We take such feedback with a grain of salt. Only real usage proves that system provides some value.

Public release is at least 6–8 months away

We are still collecting feedback and postponing a decision about future direction, but it seems there are quite many things to do before a public release.

So far we are targeting Jan 2020 for this major event in our company.

Significant effort was applied to bug fixing. Here is the current picture:

As you see, we have no convergence yet. Every week 20+ bugs are piling up. Quality and stability is improving, but it seems it will take one more month to reach good quality level.

We don’t have in-house automation rules, so Zapier is a natural first step. Check it out:

Sorting is important for many cases and you can sort cards using several fields: 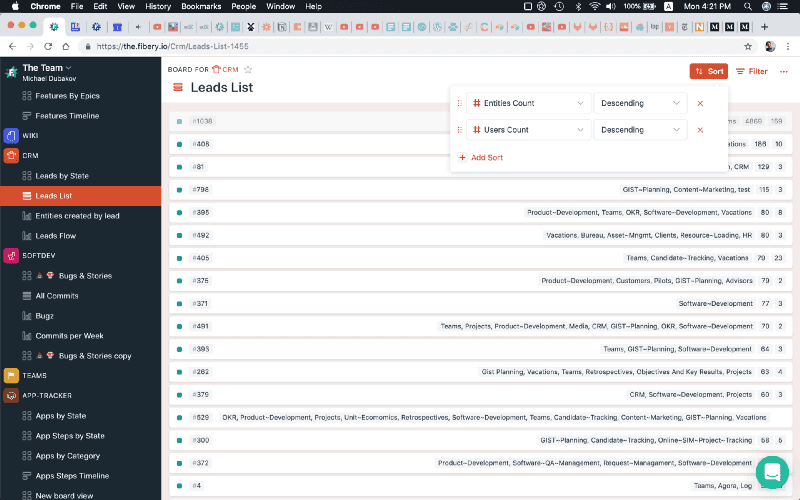 Filter Rows and Columns on Board View

Sometimes you want to create a board with a subset of things in rows or columns. Now you can do it using filters.

One of the most requested feature after initial release was to change menu items order. Now you can do it.

We haven’t set final plans for the public release yet. Here is our current potential scope (to show you something). Most likely we will focus on Table View, performance improvements and Board View in April.

Public Release scope should be defined in a couple of weeks as well. 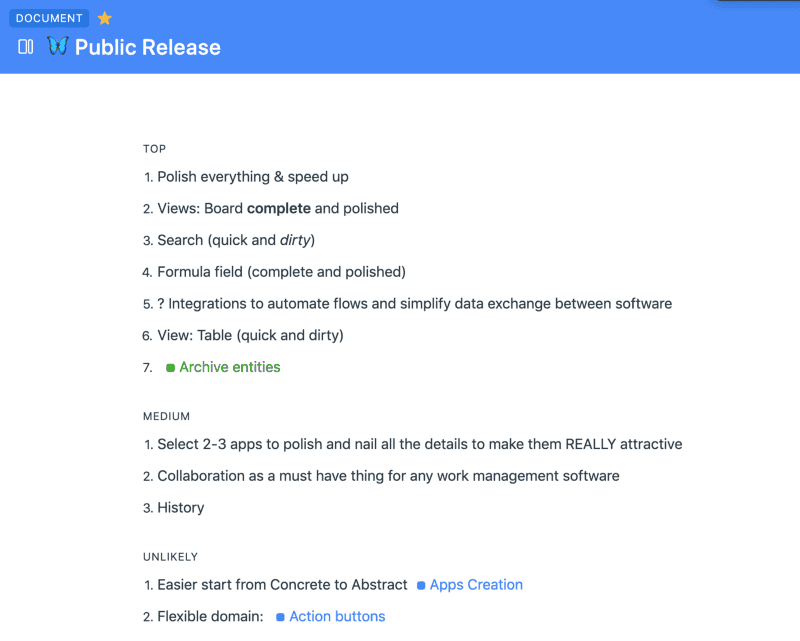 Random link from our Slack channel